If there’s one thing I love, it’s discovering new marketing methods that can do two things:

We saw it when we revealed our Single Keyword Ad Groups technique. We saw it again with The Iceberg Effect.

But in spite of these advances, the rate of innovations for real-life inventions — and even brilliant new marketing tactics — is on the decline. 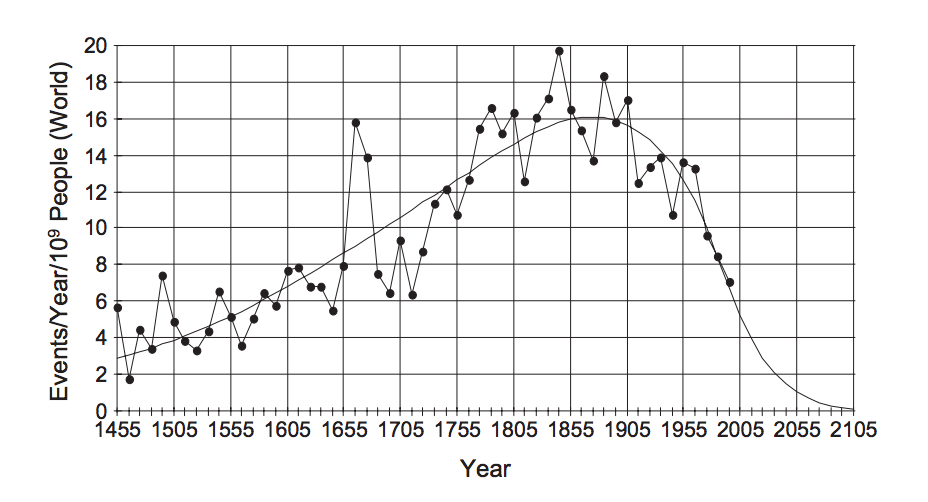 Believe it or not, this is the rate of innovation since the Dark Ages – image source

According to historical data, innovation peaked in the second half of the 17th century (when Isaac Newton developed calculus) and again during a peaceful decade in 1840. #WaterCoolerTalk

But we say ‘phooey’ to all that. We have an innovation for your landing pages to improve your conversion rates and other results-based metrics. (Will this be the innovation that sparks a new revolution and reverses the declining tide of development? Could we be changing history? Check back here in 150 years to find out for sure…)

Anyway, we call it “The Breadcrumb Technique,” a name we borrowed from the adventures of Hansel and Gretel. And it’s the most effective landing page tactic we’ve found for lead gen or SaaS marketing. 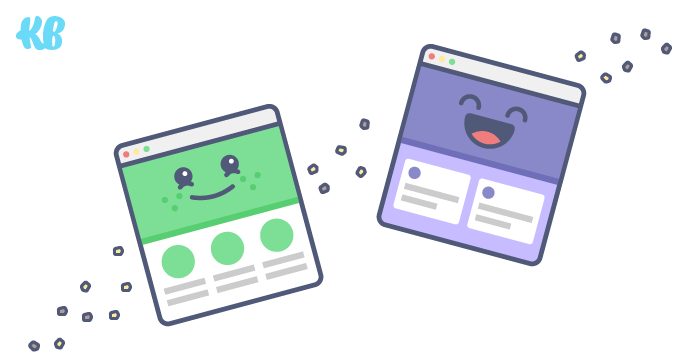 And the best part?

Why Is The Breadcrumb Technique Effective?

Before you start your first landing page test using The Breadcrumb Technique, it’s important to understand why it works.

But even before we do that, we have to look at the why one of the most common conversion rate optimization tactics often falls flat on its face.

You’ve heard the idea of lessening the number of form fields to increase conversion rates, right? 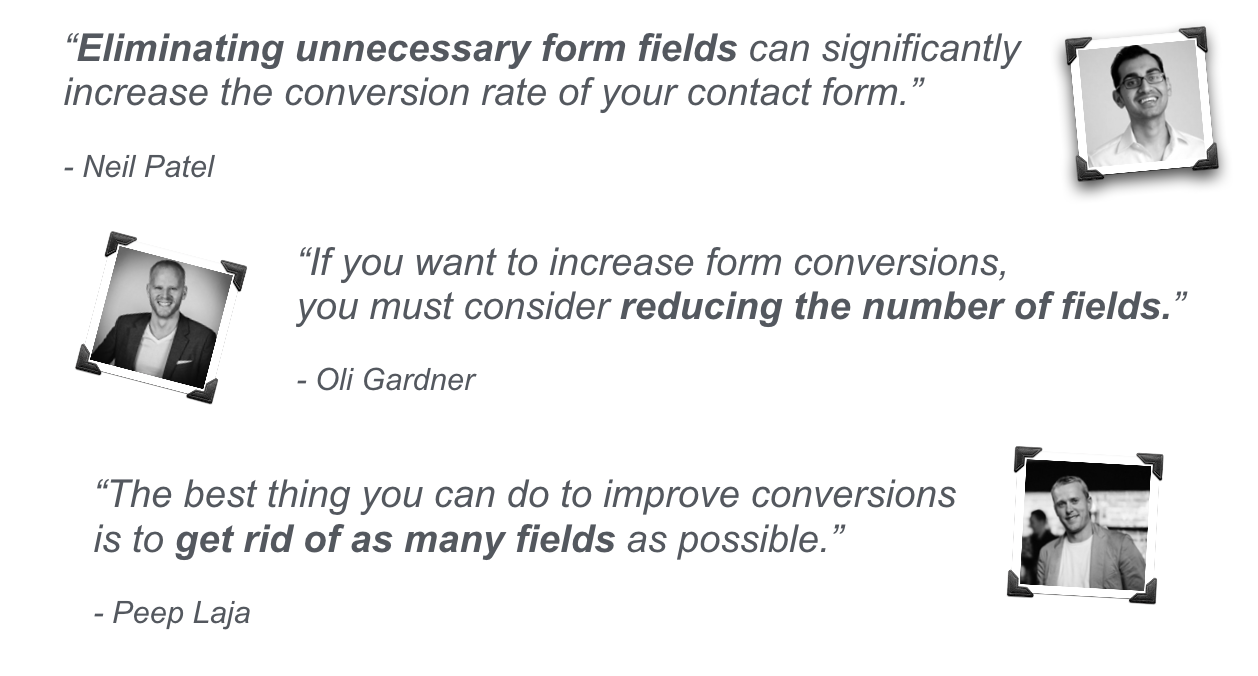 This is great advice, until things change.

You can find the sources of this advice here, here, and here.

And it makes sense… until you think about it.

When you’re trying to generate leads, trials, or demos, if you keep taking fields away, you’re left with the fields that visitors find the most intimidating.

Now you’re ONLY asking for their personal information. The information that they hold most precious and would rather NOT give out if they can help it.

Further, giving you this information means your visitor is no longer anonymous, which can freak people out.

So how do you get that information from them willingly, and in a way that also generates higher conversion rates?

It’s simple: add more fields and more steps. The exact opposite of what everyone else is saying. 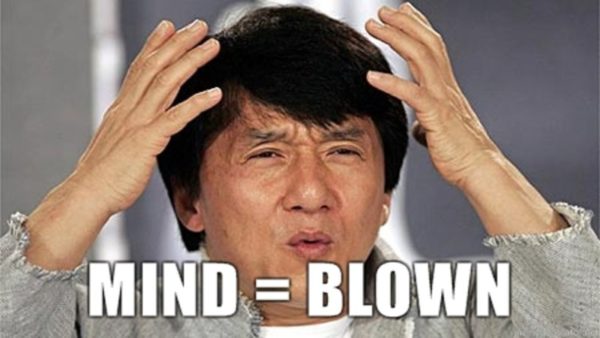 But there’s a catch.

The order of your fields and steps are extremely important.

Your goal is to get the visitor to micro-convert on a step with questions that are easy to answer, preferably with as little “work” as possible. Once your visitor does that, they’re committed to your conversion path, and you unlock some pretty crazy conversion potential:

I didn’t make this up, there’s actual research behind this

How The Breadcrumb Technique Works

The Breadcrumb Technique is literally the landing page version of the “Yes Ladder”.

It’s the art of eventually getting to what you want (the conversion) as a marketer by getting visitors to say yes to a much smaller request first.

Scott Fraser and Jonathan Freedman conducted some interesting research on how to get people to say yes to something they normally would say no to.

Their goal was to go door-to-door in a local neighborhood and get people to put “Drive Carefully” signs up in their front yard. But the first time they tried, only 20% of people said yes.

They then did the exact same experiment again, but instead of asking people to put up the original signs, they asked them to put up much smaller signs. That request created an opportunity to get them to eventually say yes to displaying the original sign, which was the original goal.

Guess how many people said yes this time?

The takeaway is to work backward from the big ask (your call to action) on your landing page by finding a low-stakes first step.

You get the point 🙂

By starting with questions that are easy to answer and allowing your visitors to stay anonymous, you’ll give yourself a better chance of guiding them through the entire conversion process.

Why You Can’t Reduce The Number Of Form Fields

Since we’re a PPC agency that uses platforms like Facebook and Google Ads to drive traffic and conversions, we’ve been able to test The Breadcrumb Technique across hundreds of various industry landing pages.

The more we use it, the more it affirms the reality that fewer fields don’t always generate more conversions.

We can’t scientifically prove why multi step landing pages work so well, but we have a few educated guesses:

Does The Breadcrumb Technique Always Work?

Some types of landing pages don’t perform as well with The Breadcrumb Technique. Usually landing page forms for eBooks, guides, and whitepapers aren’t as effective with multiple steps.

The substance of your call to action can affect The Breadcrumb Technique’s success on your landing page.

Now that you know what the technique is all about, let’s take a look at it in action. 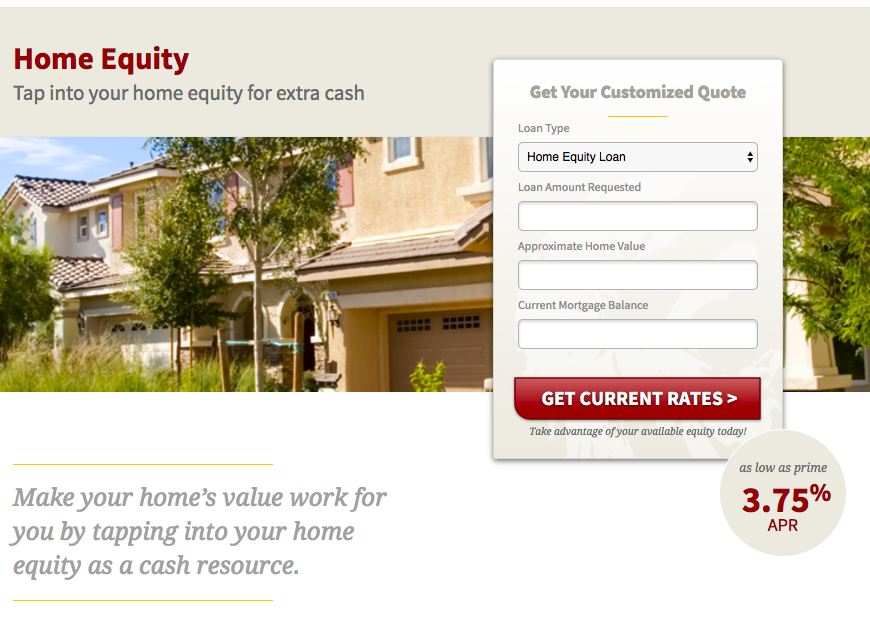 A snapshot of a two-step mortgage landing page

We’ve been working with a financial institution that was asking for all of their visitor’s info on a single (long) landing page form. It combined the contact information with all the mortgage information fields necessary to create a quote.

We split up the fields and forms and here’s what happened:

Another example comes from a SaaS company who used a one-step popup form before working with us: 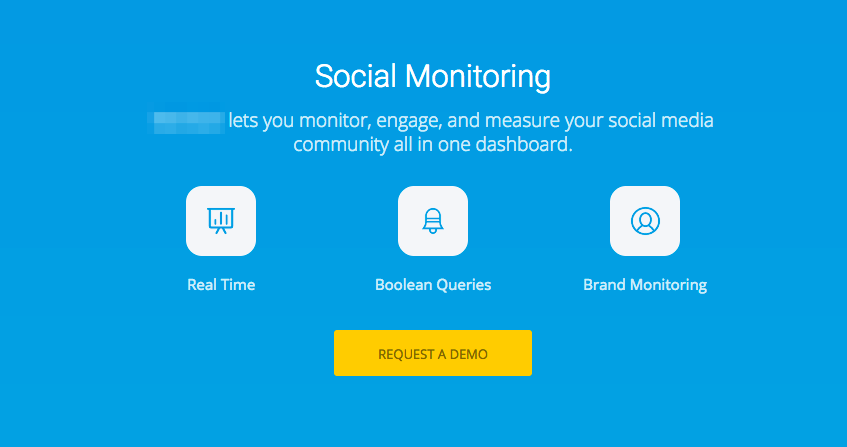 We switched things up and asked some preliminary questions to get the visitor to micro convert. The questions didn’t even matter to the sales team, we just needed a “Yes” before asking for their contact information. 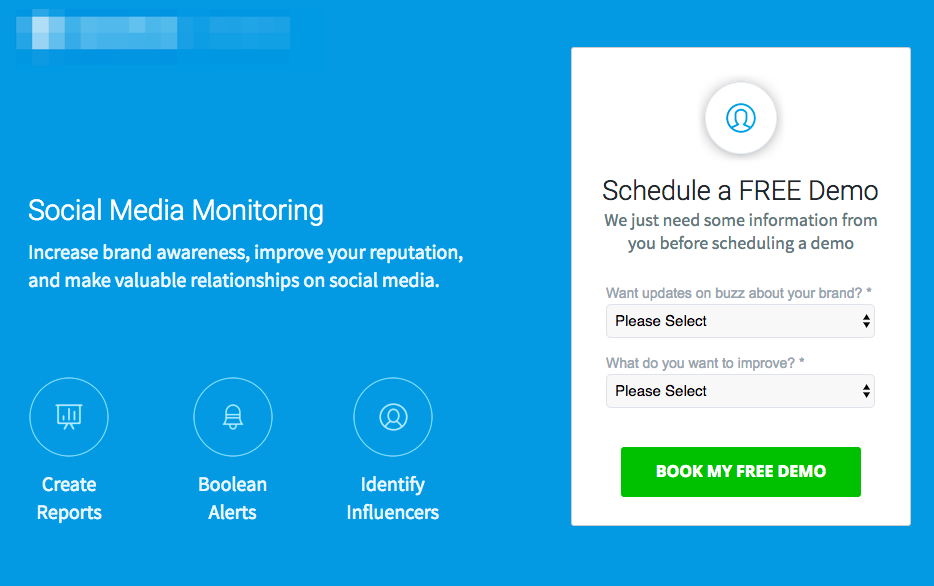 This artificial grass installer saw a 214% increase in conversion rate by splitting their form into two steps: 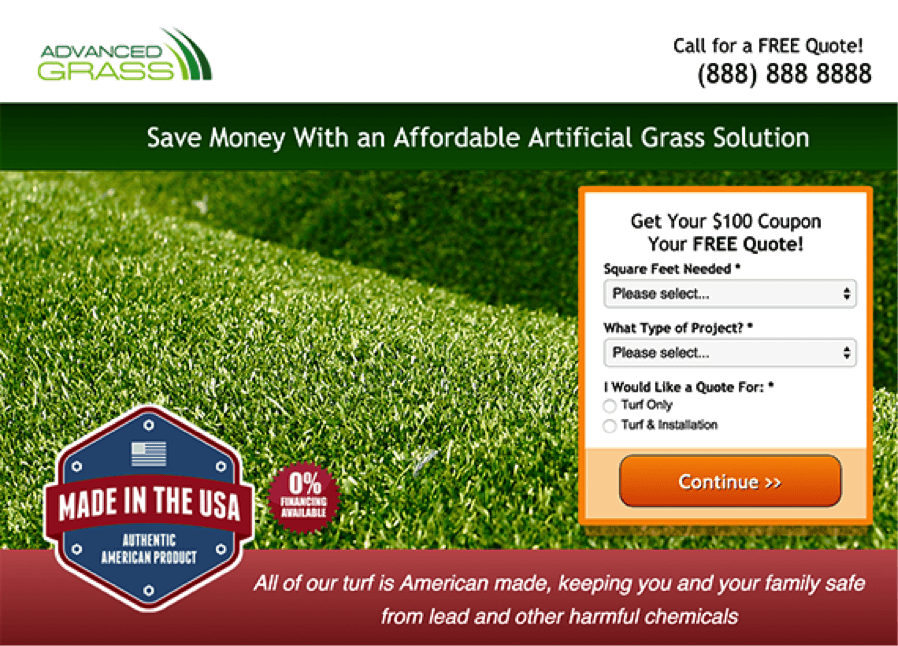 And this promo company saw an even more dramatic lift with a four-step landing page: 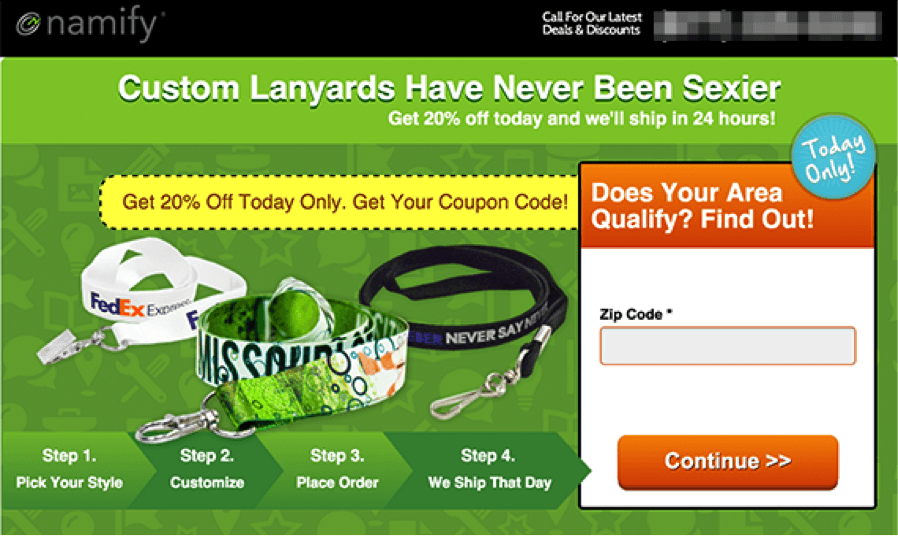 311% conversion rate increase, 74% increase in total conversions, and a 73% decrease in CPA.

This technique just continues to perform regardless of the industry.

Your Landing Page Field Order Can Make or Break You

The order of your fields can be much more important than the fields themselves.

That’s pretty crazy to think about.

You can actually ask questions that people normally wouldn’t convert on as long as you consider where the field is in your sequence.

It all comes back to the “Yes Ladder” and “Foot-In-The-Door” techniques.

If you go straight for the jugular, you’ll most likely lose. That’s why Scott and Jonathan from earlier in this post were able to increase their “yes’es” from 20% to 76% when they asked for small favors first.

Think about the fields and steps in your form and how they can be rearranged. The least threatening fields and questions should be first, followed by contact information fields as the last step.

How About Some Real-Life Examples?

I’ll give you some real-life examples:

So how does this translate to your landing page test?

The questions on your first step can be the same questions you ask to qualify a lead. You can even create questions to make the visitor believe you need the answers to give them what they want (like a free quote or a free consultation) even if the information isn’t relevant to your sales process.

Take the test we ran for another SaaS company below as an example. We’d already used The Breadcrumb Technique, but found out later that we asked the wrong questions on the first step. 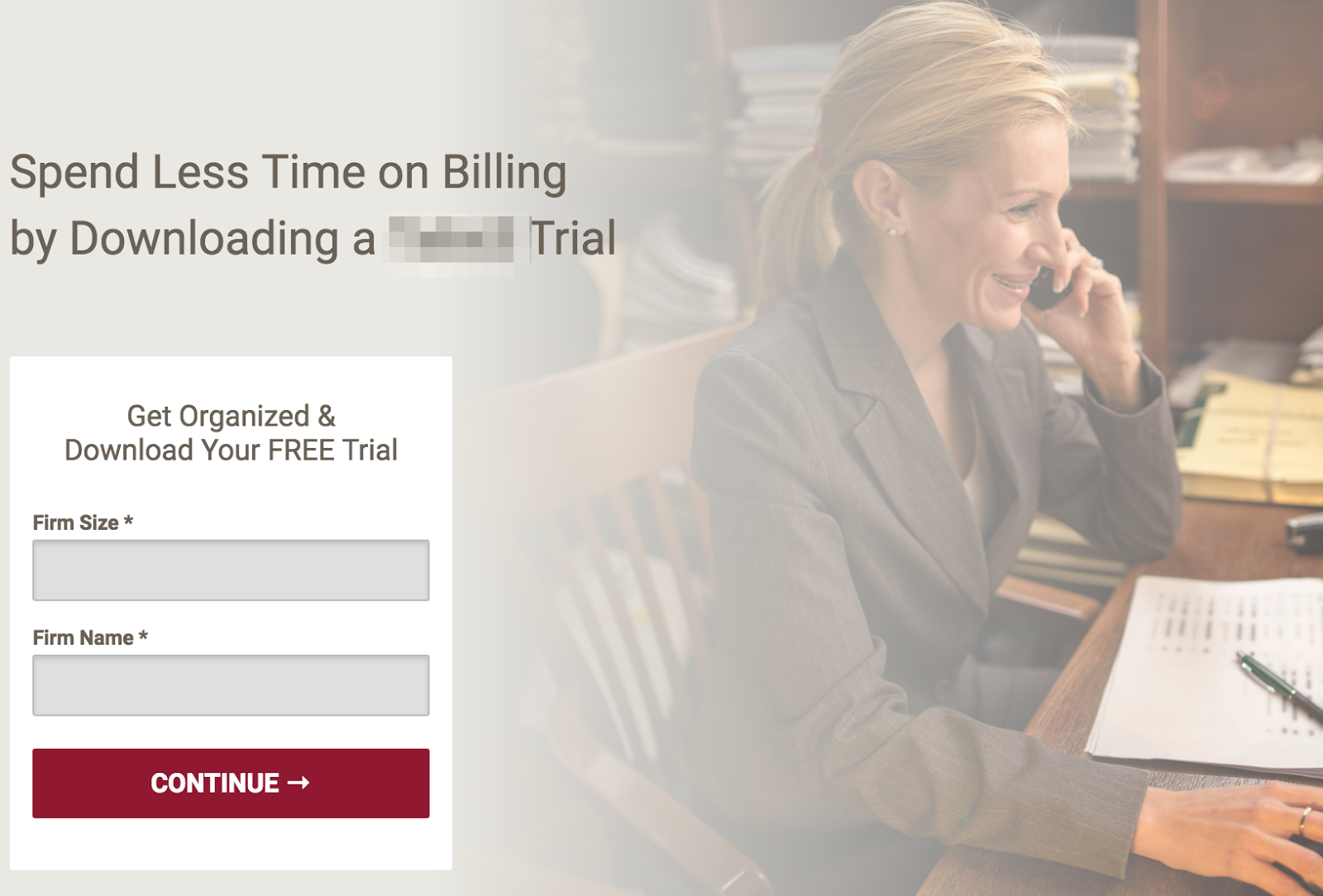 This was the original landing page

And here were the updated fields: 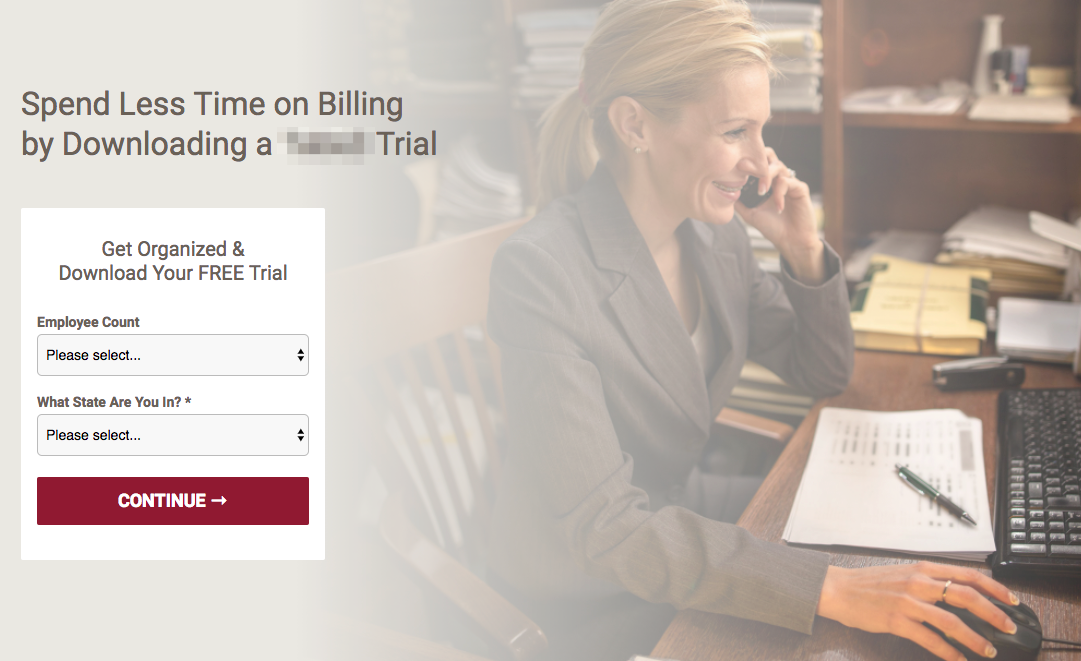 Directional cues are so last year 😉

Here were the results between the two variants:

Not a bad lift

We found out that even “Company Name” was too threatening to the visitor on the first impression as a visitor might believe it de-anonymizes them.

It’s not often that you find a new landing page test that can make a conversion rate impact like the one here.

But we’re excited that this technique clearly functions effectively across different industries — now we’ll just have to wait and see if it stands the test of time.

Have you had success with the Breadcrumb Technique on your landing pages? Tell us about your results in the comments below!